The History and Revitalization of The Kendall Building

The Kendall Building (today known as Lofts at the Kendall) is home to Waséyabek Development Company, LLC, as well as eight residential market-rate apartments, a ground floor Italian-style farm-to-table restaurant (Osteria Rossa), and a wooden deck on top of the building that can be used by all of the building’s tenants.

The Kendall Building sits at the corner of Fulton Street and Division Avenue, the literal center of the city. The namesake was constructed in the early 1880s by William G. Robison for George Kendall, a Grand Rapids businessman who came to the area in 1846 and started in the grocery and dry goods trade. Kendall was also one of the city’s earliest real estate developers and went on to hold several public offices and serve a prominent role in the development of the city.

In 2012, Derek Coppess, founder, and CEO of the former urban real estate development firm, 616 Development, purchased the building for $775,000 from the previous owner, James Azzar. Coppess worked with Warner Norcross + Judd (WNJ) to appear before the City Commission and the Downtown Development Authority with a request to cap property taxes on the building under the Michigan Obsolete Property Rehabilitation Act (OPRA). WNJ helped to secure a rare 10-year Obsolete Property Rehabilitation Act property tax abatement, worth an estimated $220,000, through the City of Grand Rapids as well as a $475,000 Community Revitalization Program grant through the Michigan Strategic Fund, administered by the Michigan Economic Development Corporation.

At the time of purchase, both the Kendall Building and sidewalks were deteriorating after sitting vacant for many decades. First Companies managed the $4,000,000 renovation project for 616 Development and brought the project in on time and budget. Lott3Metz Architecture designed the renovation. Both companies are Grand Rapids firms.

The five-story property was not on the historic register, so 616 Development was able to freely overhaul the building since the project did not hinge on any historic preservation tax credits; however, Coppess said there were a few unique features worth restoring, including some art deco ceramic tiling, many of the original window moldings, and plenty of hardware.

First Companies gutted the inside, added more steel to give the building an added measure of structural support (the structure was already fundamentally sound), constructed an elevator shaft in the center of the building, installed new windows, new flooring, electrical, and plumbing throughout the building. Also, they coordinated with Consumer’s Energy and other utility companies to clear the way for a new Consumer’s underground transmission vault to service the Kendall and neighboring buildings in the building’s old, dilapidated areaway. First Companies also had to take care of some environmental contamination familiar with old buildings and repaired some moderate fire damage. Coppess speculated the cost of the work needed to rehabilitate the building probably doomed previous redevelopment plans.

Coppess, a Lake Odessa native, decided to purchase and disassemble a barn in his hometown and repurpose the timbers in the new offices; the look is symbiotic with the feel of an old building. The team was also able to preserve the historic terrazzo floor and glass tile in the main entrance, as well as the historic stairway throughout the building. 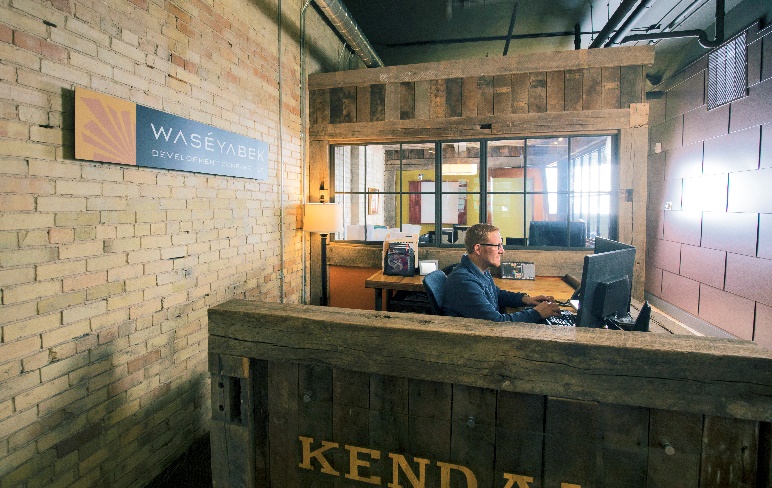 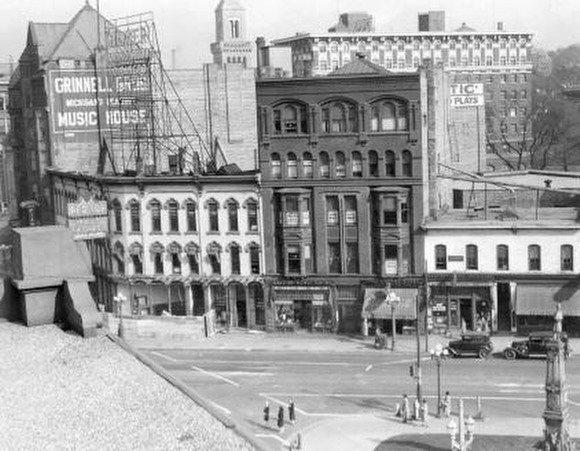 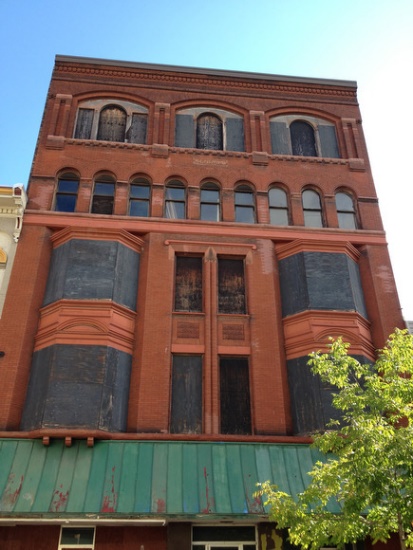 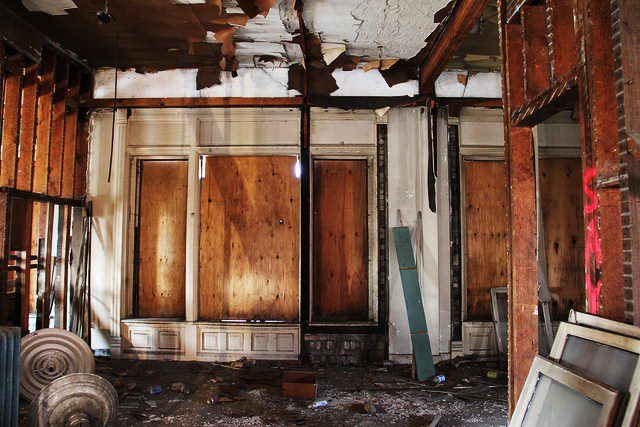